We took the train to Stirling to see Stirling Castle.  The train station was small and nicely designed. The train was very economical; it was only $16 for both of to go and return. The trip took about 50 minutes. 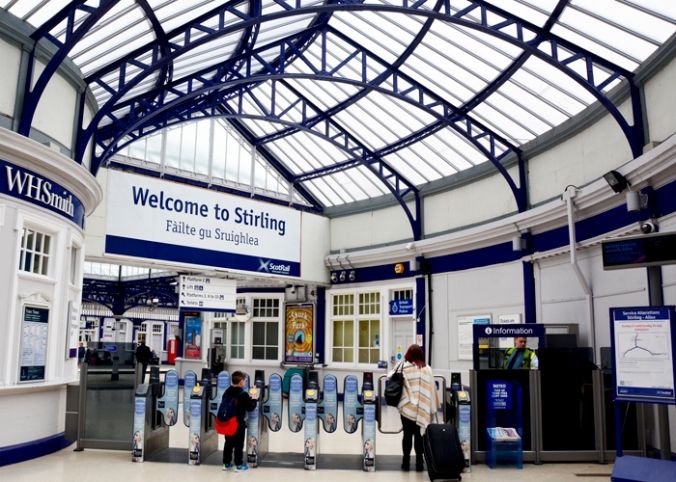 We walked up the hill (which we regretted as it was straight up) to the church of the Holy Rude  (means  Holy Cross).  We decided to look inside and catch our breath.

As with most old ( it dates from the  15th century) churches in Scotland, this one was a Roman Catholic church until the reformation.  Now it is part of the church of Scotland.  It is a place where  in 1567 the infant King James VI was crowned.   After exploring this church and graveyard, we walked up to the castle.  Here is a map of the castle;

The castle sits on the top of Castle Hill with 3 steep sides for protection. Most of the principal buildings of the castle date from the fifteenth and sixteenth centuries. In 1542 Mary, Queen of Scots was crowned in the castle.

What you see now when you visit the castle is  buildings that were constructed between 1490 and 1600, when Stirling was developed as a principal royal center by the Stewart Kings James IV, James V and James VI. The great hall was painted gold which was a surprise as we are used to the gray stone look of most old castles. 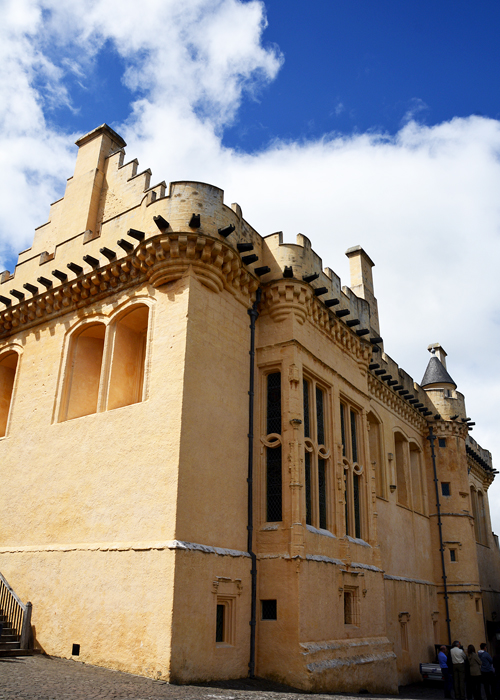 We were told by the tour guide that all of the buildings would have been painted gold to show people the power of the Steward kings. Inside the castle (restored to the time of 1540s) you can see many examples of King James V’s desire to show visitors that he was the glorious king of Scotland.  Almost every room has a large and colorful coat of arms over the fireplaces.

Here is a photo of the throne room of James’ queen, Mary of Guise ; 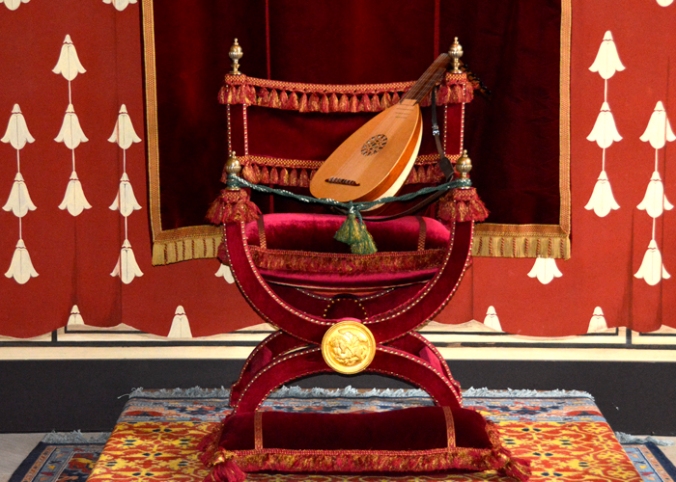 They were the parents of Mary, Queen of Scots. Mary’s father James V died when she was only six days old, leaving an infant queen on the throne. Her coronation was held nine months later at Stirling, one of the most secure places in the kingdom.She would spend most of her childhood here and return frequently during her adult reign.

Here are two views from the castle. You can see why it was such a secure place to keep the infant queen. 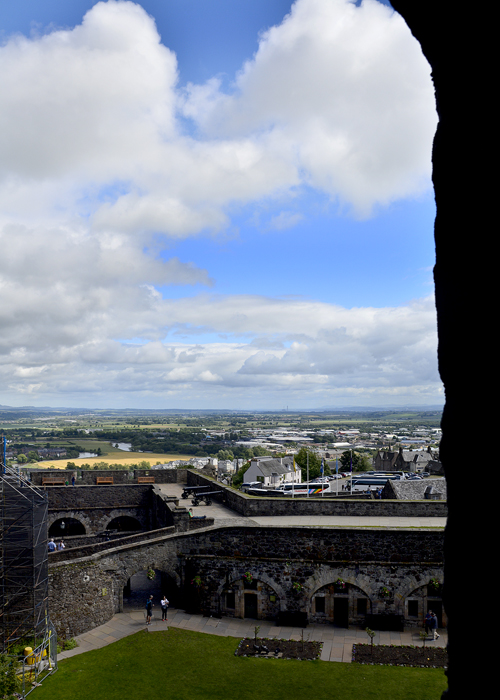 I have always been intrigued by the sad story of Mary, Queen of Scots and it was moving to be in the same castle and rooms that she lived in during part of her life.  This is one of the reasons that travel is so valuable.  Now when I read the history or see a film about Mary, I can put her life in the place where she lived.